My 2nd book: “Christianity From A to Z” (by Christopher Andrus) is now out. It’s available on Amazon. As with my 1st book (“The Meaning of the Universe”, also available on Amazon), no matter how much you have read, I guarantee that you’ll find things in it that you have never before considered but are worth considering. Here are links to both of them. You can read the first chapter or so of each. I have also posted a sample chapter of the 2nd book (the “E” chapter) below.

The Meaning of the Universe: Your Life Has Meaning. But Do You Know What and Why? – Kindle edition by Andrus, Christopher. Religion & Spirituality Kindle eBooks @ Amazon.com.

I also invite you to watch 50 seconds of what I was doing at U.C. Berkeley before the pandemic and hope to return to soon. https://www.youtube.com/watch?v=Sut4QCtnLkk

Below is the signboard I created as a conversation-starter at U.C.Berkeley (plus 3 more signs). Any feedback on these signs is welcomed. I almost always get a lively response to my signs, though not always a friendly one! I welcome disagreement, though it should be respectful. As I frequently say to people, I learn more about others and also more about myself and God from people who disagree with me than from people who agree. The board pictured below was destroyed by an angry student on Wednesday, 3/30. 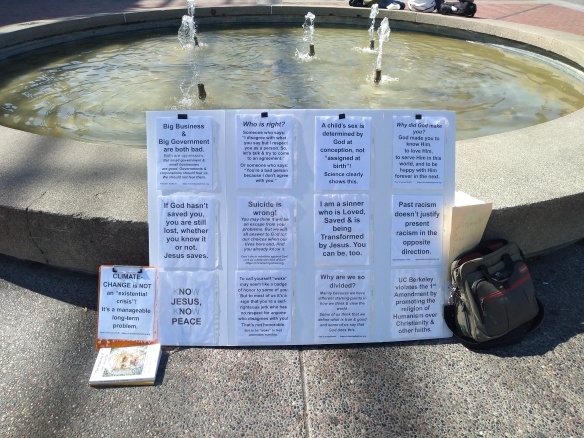 And the following is the message which has generated the most response at Cal thus far.

Being LGBTQ+ is NOT normal & healthy. But, GOOD NEWS! It’s changeable.

Below is my latest set of signs for Berkeley. 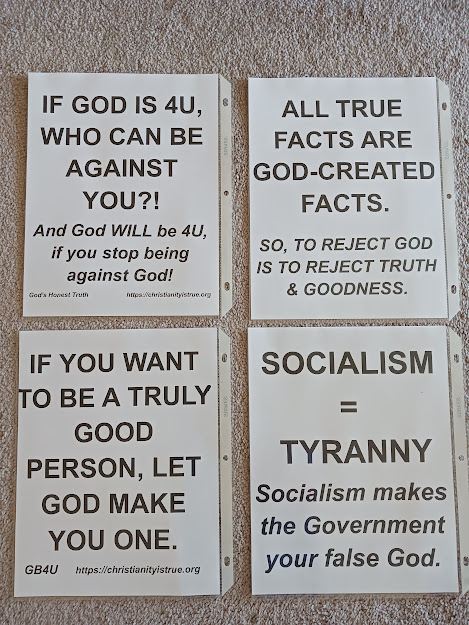 Here are a few other messages that I may or may not show at U.C. Berkeley.

The U.S. doesn’t have a “mass incarceration” of black males problem. We have a black male violent crime problem.

There’s still plenty of racism (in all directions), but the U.S. is the least racist nation in the world. It’s why more people of all races come here than anywhere else.

Dominance by the Democrats will NOT defend Democracy!

It will destroy it!

CAL STUDENTS: You are going to be the future leaders of society.

For God’s sake (And I mean that literally!) learn how to be democratic, not dictators!

Studies consistently show that people get more conservative and religious as they get older.
But smart people start early!

1 thought on “Check Out My Second Book”